"Twas the night of the Geulah, - And in every single Shtiebel.
Sounds of the Torah could be heard coming from every kind of Yeedel.
This one in English Some in Hebrew, some in Yiddish.
Some saying Pshat And some saying a Chiddish.
And up in Shamayim The Aibishter decreed:
"The time has come for My Children to be freed."
"Rouse the Moshiach From his heavenly berth.
Have him get in his chariot, And head down to earth."
The Moshiach got dressed And with a heart full of glee,
Went down to earth and entered The first Shtiebel he did see.
"I am the Moshiach! Hashem has heard your plea!
Your Geulah has come! It's time to go free!"
They all stopped their learning; This was quite a surprise.
And they looked at him carefully, With piercing sharp eyes.
"He's not the Moshiach!" Said one with a grin,
"Just look at his hat, At the pinches and brim!"
"That's right!" cried another With a grimace and frown,
"Whoever heard of Moshiach With a brim that's turned down?"
"Well," thought Moshiach, "If this is the rule,
I'll turn my brim up Before I go to the next shul."
So he walked right on over To the next shul in town.
Sure to be accepted, Since his brim was no longer down.
"I'm the Moshiach!" he cried, As he began to enter,
But the Jews wanted to know first If he was Left, Right, or Center.
"You're clothes are so black!" They cried out in fright.
"You can't be Moshiach You're much too far right!"
"If you want to be Moshiach, You must be properly outfitted."
So they replaced his black hat with a kippah that was knitted.
Wearing his new Kippah, Moshiach went out and said:
"No difference to me what I wear on my head."
So he went to the next shul, For his mission was dear,
But he was getting frustrated with the Yidden down here.
"I'm the Moshiach!" he cried, And they all stopped to stare,
And a complete eerie stillness filled up the air.
"You're the Moshiach?! just imagine that!
Whoever heard of Moshiach - without a black hat?!"
"But I do have a hat!" the Moshiach then said.
So he pulled it right out and plunked it down on his head.
The shul started laughing, And one said: "where's your kop?"
You can't have a Moshiach With a brim that's turned up!"
"If you want to be Moshiach And be accepted in this town,
Put some pinches in your hat And turn that brim down!"
Moshiach walked out and said: "I guess my time hasn't come.
I'll just have to return to where I came from."
So he went to his chariot, But as he began to enter,
All sort of Jews appeared From the Left, Right, and Center.
"Please wait - do not leave. It's all their fault!" they said,
And they pointed to each other And to what was on each other's head.
Moshiach just looked sad And said, "you don't understand."
And then started up his chariot to get out of this land.
"Yes, it's very wonderful That you all learn Torah,
But you seem to have forgotten a crucial part of our Mesorah.
"What does he mean?" "what's he talked about?"
And they all looked bewildered, And all began to shout.
Moshiach looked back and answered, "The first place to start,
Is to shut up your mouths and open up your hearts.
"To each of you, certain Yidden Seem too frum or too frei,
But all yidden are beloved In the Aibishter's eye."
And on his way up he shouted: "If you want me to come,
Try working a little harder On some Ahavat Chinam!"
0 comments

Birchas Hachama - Blessing for the Sun 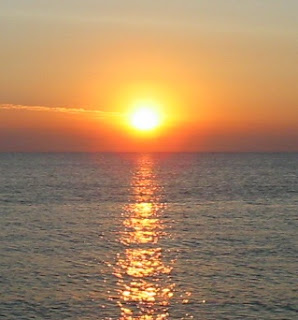 We will say the blessing on the sun on Wendsday, April 8th in the morning.

Here is a link for the prayers:
http://www.kehillaton.com/en/docs/birkat_hachama.pdf

To find a Birchas Hachama ceremony near you:
http://www.chabad.org/centers/events/default_cdo/aid/835257/jewish/Event-Finder.htm